To share your memory on the wall of Garrett Kauffman, sign in using one of the following options:


Garrett A. Kauffman, 24, of Thompsontown, passed away at 1:15 AM on Friday, May 24, 2019 in Walker Twp., Juniata County as a result of injuries sustained in an automobile accident.
Born on October 11, 1994 in Lewistown, Mifflin Co., he is a son of Anthony R. Kauffman and Michelle R. (Walton) Shelley and her husband William, all of Thompsontown.
In addition to his parents, he is survived by: a brother, Josh Bender; a sister, Jaymi Pal and her husband David of Charleston, South Carolina; a step-sister, Gabby Shelley; two step-brothers, Sheldon Shelley and Hunter Shelley; maternal grandfather, Gerald E. Walton, Sr. and his wife Kathy; maternal step-grandparents, Robert and Susan Shelley, all of Thompsontown; paternal grandparents, Larry J. and Cathy Kauffman; and paternal great-grandmother, Elva Shadel, all of Richfield; and he is also survived by many aunts, uncles, and cousins.
Preceding him in death are his maternal grandmother, Irene Walton; paternal great grandfather, Elwood Shadel and paternal great grandparents, Homer and Myrtle Kauffman; and an elder friend, Barb Bergstresser.
Garrett was a 2012 graduate of East Juniata High School in Cocolamus where he was a part of three district championship soccer teams and a 2016 graduate of Lock Haven University where he earned his Bachelor of Science Degree in Athletic Training.
He was currently employed as a Forklift Operator at Treen Pallet in Center.
Funeral Services will be held at 10:30 AM on Wednesday, May 29, 2019 at the Brown Funeral Homes, Inc., 111 Westfall St., McAlisterville with the Rev. Nancy F. McClure officiating. Interment will follow at Richfield Union Cemetery.
A visitation will be held from 6-8 PM on Tuesday, May 28, 2019 at the funeral home.
In lieu of flowers, memorial contributions in Garrett’s memory can be made to the charity of the donor’s choice.
Read Less

To send flowers to the family or plant a tree in memory of Garrett A. Kauffman, please visit our Heartfelt Sympathies Store.

We encourage you to share your most beloved memories of Garrett here, so that the family and other loved ones can always see it. You can upload cherished photographs, or share your favorite stories, and can even comment on those shared by others.

Ray & Debbie Kramer., Randy and Crystal Kessler, and other have sent flowers to the family of Garrett A. Kauffman.
Show you care by sending flowers 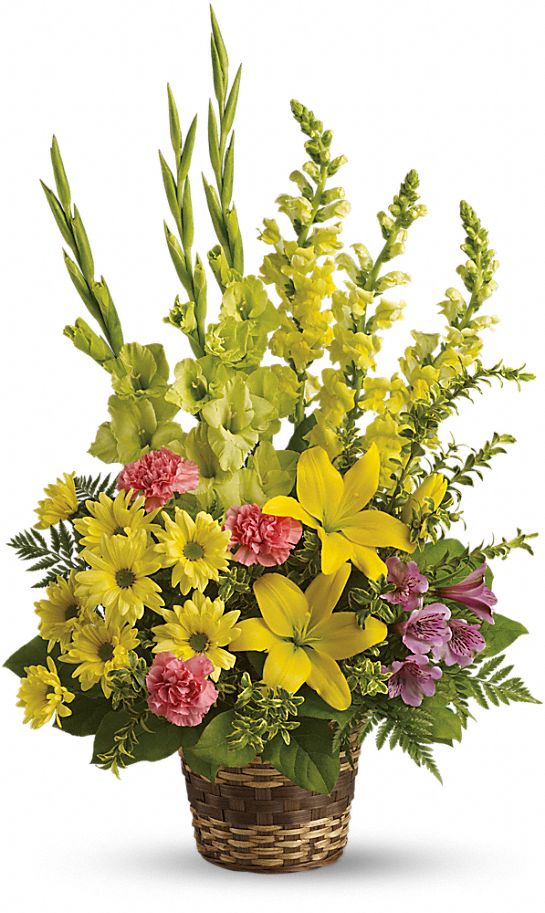 Vivid Recollections was purchased for the family of Garrett Kauffman. Send Flowers

Posted May 28, 2019 at 10:54am
Our hearts and prayers go out to the Family of Garrett Kaufman. We pray that the Lord will give you peace and comfort in this time of bereavement. Posted May 28, 2019 at 09:20am
Wishing you peace to bring comfort, courage to face the days ahead and loving memories to forever hold in your hearts.

Posted May 28, 2019 at 08:39am
Michelle, Please accept our most heartfelt sympathies for your loss... Our thoughts are with you and your family during this difficult time.

Flowers were purchased for the family of Garrett Kauffman. Send Flowers

Posted May 27, 2019 at 07:13pm
Wishing you peace to bring comfort, courage to face the days ahead and loving memories to forever hold in your hearts.