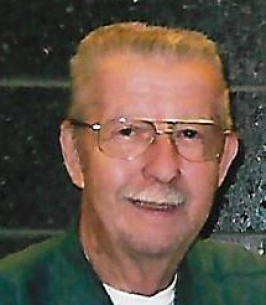 Born on November 1, 1935 in Lewistown, Mifflin County, he is a son of the late Arthur C. Sr. and Beatrice E. (Saylor) Heikes.

On October 15, 1977, he married his surviving wife, Jennifer C. (Dressler) Heikes with whom he was blessed to share over 44 years of marriage before his passing.

In addition to his parents, he was preceded in death by two sisters, Sallie Miller and Irene Strawser; and one brother, Arthur Heikes.

Mr. Heikes was a 1953 graduate of Juniata Joint High School in Mifflintown and honorably served our country in the United States Army.

Harry was first employed, starting at the age of 14, at E.M. Guss and Son in Mifflin where he predominately served as a salesman in sporting goods and was well known for his ability to fix and repair fishing reels. After the business was closed, he was then employed and retired in 2003 at Juniata Lumber and Supply where he worked as a window and screen repairman and gained the nickname “The Window Doctor.”

He was an avid Penn State sports fan and enjoyed, when health permitted, golf, metal detecting, bowling, puzzles & puzzle books, and archery where he was a state champion in several states.

Funeral Services will be held at 11:00 AM, Thursday, September 22, 2022 at the Aldersgate United Methodist Church, 109 North Third St., Mifflintown with Pastor Mindy Petrovcic officiating. Interment will follow in the Westminster Presbyterian Cemetery, Mifflintown, where full military burial honors will be accorded by the Juniata County Veterans Council.

In lieu of flowers, memorial contributions in Mr. Heikes’ memory can be made to the Aldersgate United Methodist Church, 109 North Third St., Mifflintown, PA 17059 and/or to the American Cancer Society, P.O. Box 862, Carnegie, PA 15106-0762.

Arrangements have been entrusted to the Brown Funeral Homes, Inc., 100 Bridge St., Mifflintown.

Online condolences and tributes can be shared with the family at www.brownfuneralhomesinc.com.

All rights reserved. This obituary is also archived at obittree.com